Damaged Furniture While Being Transported 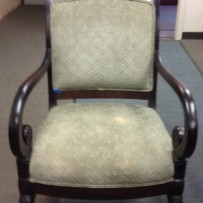 Recently a customer called panicked due to needing an immediate furniture restoration.  He said that he was transporting furniture for his girlfriend and had an accident.  We asked him to explain.  He was driving north on I-355 when out of the back of his truck window he saw a dining room chair from his truck bouncing along the road.  He pulled over, walked back, and was able to retrieve the wooden chair with some of its parts before it was hit.  He continued saying that it was her (girlfriend’s) favorite chair, the only piece of furniture that meant anything to her.  We told him we would look at the chair and do our best. 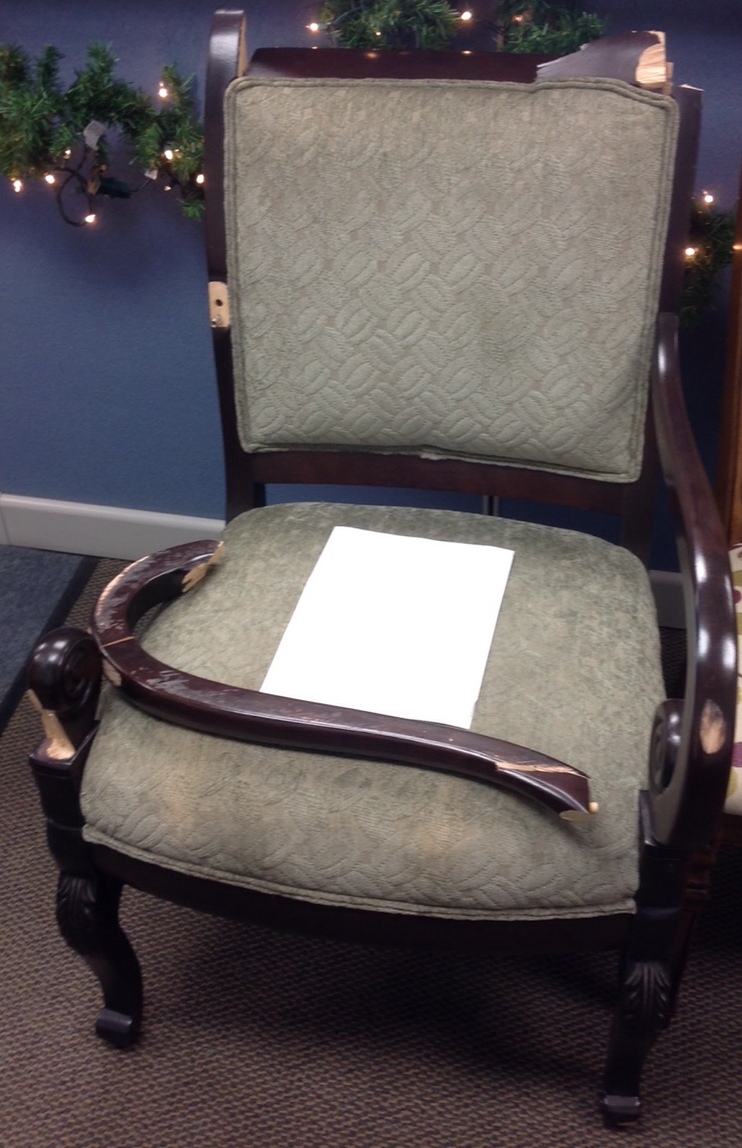 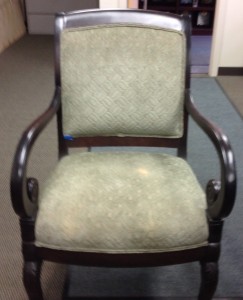 The two pictures above are what the chair looked like when it was dropped off and what it looked like when the furniture repair was completed.  Upon inspection his girlfriend could not tell it had been in pieces. 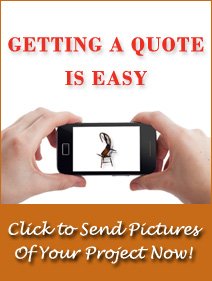